Dr. Sabyasachi Bal an eminent doctor specialized in Thoracic surgery  is currently practicing as the Director of Thoracic Surgery and Thoracic Surgical Oncology at Sir Ganga Ram Hospital. Further, He is an alumnus of AIIMS, New Delhi. Till the year 2005, he was an additional Surgery and Consultant Thoracic Surgery and chief of the Lung Cancer and other thoracic malignancies Clinic at his alma mater, the prestigious All India Institute of Medical Sciences.Dr Sabyasachi Bal is a renowned Lung Cancer Specialist in Delhi and acting Director at the department of Thoracic surgery and the Thoracic Surgical Oncology. With a reputed experience and proficiency in the field of lung cancer treatment in delhi, Dr Sabyasachi Bal is one of the most recognised and best Lung Cancer Doctors in Delhi. He is on the front line of the known lung cancer experts in the city and leads a team of equally proficient experts with him.

Dr. Sabyasachi Bal is one of the most proficient and best Thoracic and Thoracic Oncology Surgeons in India. He has a specialization in Thoracic Onco Surgery and offers treatment for various types of thoracic malignancies, such as lung cancer, chest cancer, etc. With over 30 years of experience in this sector, he has restructured thoracic cancer surgery in India. Along with Thoracic Onco Surgery, he has a specialization in Robotic Thoracic Surgery. His main focus is managing and treating cancers that affect the thoracic regions and all other organs present near to lungs and chest of both adults and youngsters.

He was also a fellow member of the globally renowned Memorial Sloan Kettering Cancer Centre in New York and a senior registrar at the Royal Marsden Cancer Hospital, London. He has done his training in Thoracic Surgery in AIIMs, New Delhi, and the UK at the South West Regional Thoracic Surgery Unit at Bristol at the Brompton Chest Hospital, London. He is also a clinical research fellow at the University of Leicester, the UK, in Lung Volume Reduction Surgery for Emphysema, which he has initiated in India.Dr. Sabyasachi Bal is one of the inventors in the diagnostic and therapeutic thoracoscopic process, and his department gets referrals from North India, North-East India, and East India. He is a member of various surgical societies in India, the USA, and the UK. He has published various papers and articles on Thoracic surgery in some of the best scientific journals.

Dr. Sabyasachi Bal is one of India's best lungs specialist in Delhi with high expertise in various types of diagnostic and therapeutic thoracoscopic processes. He holds the credit of making India a leader worldwide for having a peak number of VATS lung resections which makes him the best lung cancer doctor in Delhi and in whole India.Dr. Bal has published numerous papers and articles on Thoracic surgery in world-renowned scientific journals. He is also invited as a guest faculty in varied conferences and seminars and has obtained various awards and orations. Moreover, he is also a member of various prestigious organizations not only in India but also abroad.

Being one of the best chest surgeons in Delhi with more than 30 years of experience in this sector, Dr. Sabyasachi Bal also holds several Fellowships like.'

Along with all these, he has received various awards and achievements like

So, if you have any problems related to chest, lung and thorax, do not hesitate to consult Dr. Sabyasachi Bal, one of the best chest surgeons in Delhi with over 30 years of experience. 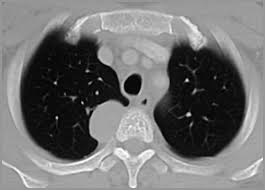 Best Mediastinal Tumour Treatment in Delhi
We evaluate and treat a high volume and wide variety of mediastinal diseases. Since many of these lesions are benign, minimally invasive approaches, which allow for less discomfort and faster ...

Hyperhidrosis Doctor in Delhi | Hyperhidrosis Treatment Cost in India
Hyperhidrosis means ‘excessive sweating’. It affects both sexes equally and all races. Commonly hands and feet are affected. It is a disorder of the glands in the sympathetic nervous system, ... 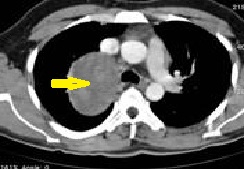 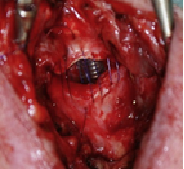 Best Tracheal Narrowing & Tracheal Tumour Treatment in Delhi
Tracheobronchial injury is damage to the airway  from blunt or penetrating trauma. Urgent surgery is needed. Sometimes, giving anaesthesia to these patients may be difficult and there should be provision ...

At our medical institute, a complete department is dedicated to conducting Thoracic surgeries which aim to prevent, diagnose and treat diseases which arise in the chest. With access to the latest technology and advanced treatment options, we are able to perform the most accurate and satisfactory surgery. Our experts are aided by video assisting tools and robotic-assisted technology, which increases the precision with which surgeries are carried out under the guidance of Dr Sabyasachi Bal and his capable team. Depending on the intricacy of each case, the strict emphasis is given to performing minimally invasive procedures.

We are equipped with the most advanced technology and tools which are available in the medical domain, which allows us to diagnose cancer at an early stage and make predictions regarding the occurrence of cancer. In order to provide reliable and wholesome results, we encounter several aspects of the patient’s health and diseases which can occur in the chest.

With our targeted and comprehensive approach, we have been able to provide actionable treatment to several patients in the past and continue to do so even today with the assistance of Dr Sabyasachi Bal, who is one of the Best Lung Cancer Doctor in Delhi.

Dr Sabyasachi Bal holds concrete experience and training in the field of Thoracic surgery behind him. He obtained his training from the prestigious AIIMS in New Delhi. Along with this marshal institute, he has also trained himself at the South West Regional Thoracic Surgery Unit at Bristol and at the Brompton Chest Hospital in London, United Kingdom.

His experience and proficiency as a Lung Cancer Specialist in Delhi have also earned him a research fellowship at the University of Leicester in the United Kingdom. It is notable that his research while at the university, was on the matter of lung volume reduction and surgery for Emphysema, for which he has earned a pioneering status in India, making him the Best Lung Cancer Doctor in Delhi. Due to his acumen and academic proficiency, Dr Sabyasachi Bal is one of the leading specialists in the diagnosis and providing therapeutic thoracoscopic procedures today.

His reputation as a Lung Cancer Specialist in Delhi has earned Dr Sabyasachi Bal membership recognition from several surgical societies across the USA, Japan, UK, and India. He is a part of several peer-reviewed publications of scientific nature, many of which have also earned him notable awards. These include the Norman Tanner Best Paper Award (Royal Society of Medicine, UK), the Japanese Surgical Society Award in 1996 & 1997, the Varoon Mahajan Fellowship of the Memorial Sloan Kettering Cancer Centre, New York, USA, the Escorts Raj Nanda Pulmonary Fellowship to Glenfield Hospital, University of Leicester, UK and the Best Paper Award of the Indian Association of Surgical Oncology in 2002.

Today, Dr Sabyasachi Bal is recognised widely as one of the Best Lung Cancer Doctor in Delhi and is associated with multiple titles at some of the leading medical institutes of the country. He is further assisted in this purpose by a team of proficient and experienced medical experts. Dr Sabyasachi Bal is an honoured name in the medical industry, known famously as the Lung Cancer Specialist in Delhi. 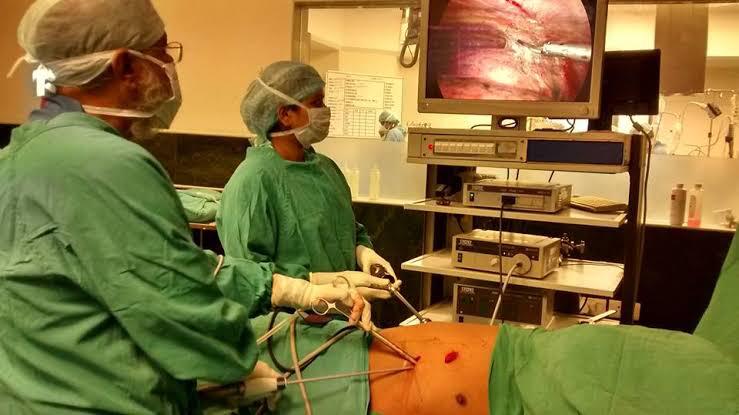 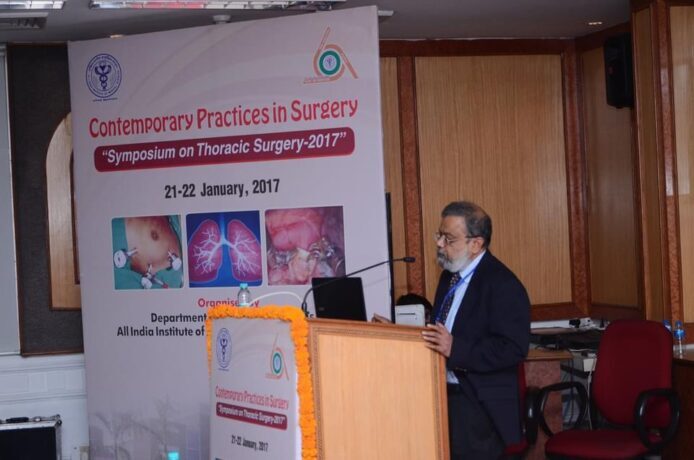